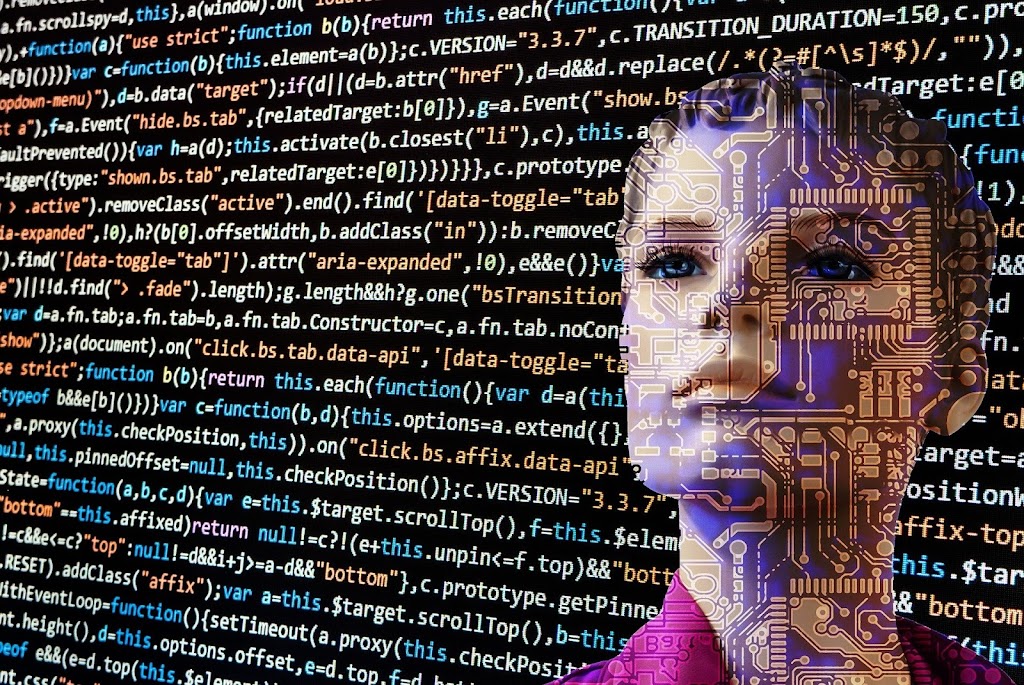 Imagine you are meeting with friends and family ,but not in real world . Let Metaverse digital facts simplified .Metaverse word comes from two words.Meta ,greek word means beyond and verse basically represents universe . Hence Metaverse means anything beyond the universe .

You enter in this Metaverse which is created artificially in 3d world .We can feel the metaverse by using special Augmented glasses or devices .Be it studying , or shopping or working you can enter in this artificially designed virtual world at the comfort of your home . Will Metaverse be able to change the world of internet forever ? Let digital facts about this amazing Metaverse be simplified .

In a bold move, Facebook announced in November 2021 that it was changing its name to Meta as it plans to build the next digital frontier, the Metaverse. Facebook recently announced its rebranding as Meta as part of the metaverse, its commitment to a new digital reality.Hence Metaverse digital facts simplified over the days .

Digital objects no longer exist only in specific virtual worlds, such as computer games. It has also led to a digital economy where users can create, buy and sell goods. And, from the most ideal metaverse point ,it allows you to transfer virtual objects like clothes or cars from one platform to another.

In the real world, you could buy a shirt at the mall and wear it to a movie. Users can use cryptocurrency to buy virtual land, avatars, and even a hat for their virtual world avatars. In virtual worlds, digital currency is used to buy clothes — or weapons and shields in video games — and many other items .

Some instances of the metaverse resemble video games and allow users to navigate using a keyboard and mouse. More advanced versions use headsets and virtual reality controls to truly immerse the user in the world by recreating the user’s real movements in the virtual world. History and Origin of Metaverse

Author Neil Stephenson introduced the term “metaverse” in his 1992 science fiction novel Avalanche . He introduced life like avatars found in realistic 3D buildings . These are found in other virtual reality environments. Since then, various developments have paved the way for a true metaverse . Like an online virtual world that includes augmented reality, virtual reality, 3D holographic avatars, video, and other media. The full implementation of Metaverse technology is still a long way off . It is expected that it will eventually become a place where one can work, play, learn, create, shop and interact with friends in a virtual online environment.

As the metaverse develops, online spaces will be created where user interactions will be more dimensional than current technology supports. Users of the Metaverse can not only browse digital content . Along with this they can also involve themselves in a space where the virtual and physical worlds merging up . The concept of a virtual world has recently become common, thanks to Facebook’s rebranding of it as virtual worlds that will change the way we live in the world around us.

In addition to 2D digital spaces, users will now have an immersive reality that they can inhabit from time to time. The idea for a luxurious Metaverse that requires a headset is a 360-degree immersive digital world. Metaverse can be defined as a simulated digital environment . It uses augmented reality (AR), virtual reality (VR), and blockchain, along with social media concepts, to create rich user interaction spaces that mimic the real world. In practice, when users can go into a huge virtual mall that has access to as many people as the virtual space can hold . They buy a unique digital item, and can sell the same digital products . The metaverse will be existing . A entirely different digital world, or on Twitter or eBay .

As far as we know, the concept of the metaverse to digitize our lives may fail, and the concept of the metaverse can only thrive in the game world, allowing players to personally immerse themselves in their favorite games. Players like ATARI, Snoop Dogg, and Steve Aoki have already taken their place on the map, and as the Metaverse evolves, the competition will only get fiercer. Roblox, Acnoledger, Crucible Network,Meta Spatial, Sandbox, etc. are few of the available metaverse games .

It’s also focused on improving virtual reality technology, with Facebook recently launching Facebook Horizon, which is basically a virtual reality world. Facebook is also positioning itself in the virtual world through its virtual reality social media platform Horizon​​​​​, which is currently in beta, and Live Maps. Fb’s bringing together some of the world’s brightest engineering talent on the project, acquiring virtual and augmented reality companies, hiring more than 10,000 people to do the work . And with whopping amount of tens of billions of dollars . It’s a metaverse digital fact simplified .

It is a virtual world where people can connect, work and play . Facebook CEO Mark Zuckerberg looks it as the scope for future internet and his trillion-dollar company. When Facebook announced that the company would be renamed Meta, founder Mark Zuckerberg floated the idea of ​​creating an environment where users could work, play, and connect with friends and colleagues in a virtual world — a world that could even mimic an office space . . in which he created an internet successor called Metaverse, in which people are sent to an online world with their own virtual avatars. If you think the metaverse should not be owned by a handful of companies, there are new technologies that facilitate less centralized virtual worlds, such as cryptocurrencies and non-fungible tokens or NFTs. These representations of the metaverse overlap with the concept of Web3, which includes decentralized internet services in which users retain more personal control over the data they publish online. Some people simply see the metaverse as the “next generation” of the internet – how it will look “online” when 2D screens eventually become redundant, replaced by headphones or even lenses that project images directly onto our retinas . Optimistic futurists describe the metaverse as a decentralized virtual world not controlled by any company and not dependent on company hardware, built on open standards for anyone to access (like the Internet).

Digital objects no longer exist only in specific virtual worlds, such as computer games. It has also led to a digital economy where users can create, buy and sell goods. Metaverse should contain 3D virtual worlds of all shapes, sizes and uses, available from many products and supported by many different companies. This will take many forms, including games, online communities and business meetings .

Here people collaborating via digital faxes or their own avatars. It’s a combination of various technological elements, including virtual reality, augmented reality, and video, in which users “live” in the digital world.It users work, play, and keep in touch with friends and families . In everything from concerts and conferences to virtual travels around the world. Facebook CEO Mark Zuckerberg explained in an interview this summer that he believes the metaverse encompasses non-immersive platforms such as today’s social media as well as immersive 3D media technologies .

It includes virtual reality, and that it will also be used in connection with remote work as well as play. In general, the technologies that make up the metaverse can include virtual reality, characterized by persistent virtual worlds that continue to exist even when you are not playing, as well as augmented reality, which combines aspects of the digital and physical worlds. However, Metaverse is a broader concept of representing the digital space, connecting people from virtual travel to concerts and conferences.

Metaverse digital is collective shared virtual space created by the fusion of virtual augmented physical reality and a physically stabilized virtual space . It include all virtual worlds, augmented reality, and the Internet combined. If the metaverse becomes everything Zuckerberg wants, it could also shake up the world . The physical world transforming into one where our digital existence is increasingly merging with the real world.Hopeful of metaverse digital facts simplified be sooner . 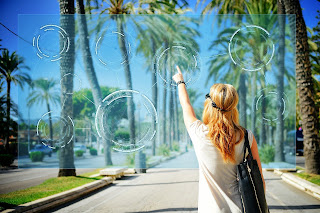 In the metaverse, the difference is that users won’t necessarily be limited to the narrow set of features an app was built for, like chatting or playing together. In an ideal world, the metaverse should connect all users to each other. If the metaverse is to become a giant shared virtual world, all the companies involved in releasing their metaverses must join forces.

For now, the metaverse remains an exciting prospect that could revolutionize the way we interact with each other . As the metaverse develops, online spaces will be created . Here user interactions will be more dimensional than current technology supports. 3D Metaverse digital facts simplified in virtual space .

The concept of a virtual world has recently become common . Facebook’s rebrands of it as virtual worlds, which will change the way around us. In addition to the 2D digital space, users will now have an immersive reality that they can inhabit from time to time.

We are already seeing the rise of video games like Roblox, taking gamers into digital worlds . These are beyond anything science fiction writers imagine. Many futurists believe that the metaverse will eventually completely replace the physical world . It will become our main means of social interaction and trade. Metaverse digital facts simplified for a taste of the immersive and connected experience of the metaverse.

Some people refer to game worlds like Second Life or Minecraft as the metaverse. Minecraft has a single world that anyone can access through a variety of products (including virtual reality headsets) . Here everyone can create their own game world, and you can buy digital items to customize your avatar. But Tony Parisi, co-founder of the Virtual Reality Modeling Language (VRML), said in Metaverse Rules that the game world is too specific to be a true Metaverse.

Instead, it should include many use cases beyond games, for a much larger scale and reach, again, just like the Internet. However, this is clearly a concept we’ve been building on since the advent of the internet, social media, virtual reality, and early attempts to create shared digital environments like Second Life. Zuckerberg has described his concept of the metaverse as “the internet you’re on, not just looking at,” which gives us some clues as to how he’s approaching it.

Whereas Zuckerberg doesn’t explain in his introductory video just how big the leap is from existing internet users to “building” the metaverse. Although the metaverse is still in its infancy, it raises many questions about the future of digital identity and online authenticity. 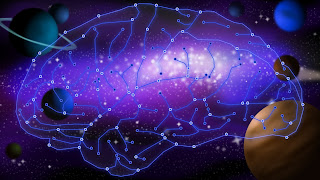 The future may deal with a metaverse such as the World Wide Web . This may be a mirror world that accurately mirrors the physical world . It resemble a completely fictional world one might encounter in a video game. The metaverse may resemble the physical world, as it will often appear to be related to the physics and circuitry of our reality . but it need not be identical to it. Some people see a metaverse that overlays the physical world and includes augmented reality overlays. We should have a lot of positive hopes for Metaverse digital in coming days . It may transform the whole prospects of of real universe into a Metaverse .